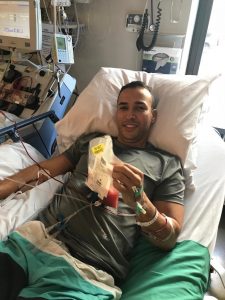 It started on a Thursday. By Monday at 1:20 PM, he was finished. He had saved someone’s life by donating his bone marrow.

When Andre Teixeira learned about the challenges facing so many blood cancer patients, he became interested in donating his bone marrow. Every year, more than 14,000 patients with blood cancers like leukemia and lymphoma are searching for a bone marrow transplant. For many, there is no matching donor. Not all will survive. Andre just wanted to make a difference.  He wanted to help.

Andre attended a bone marrow drive run by the Icla da Silva Foundation. The drive took place at the Brazilian consulate in Boston, where he lives. He was a little nervous at first, but he decided to join the Be the Match registry.

At the drive, Andre met Maria Santos.  Maria works with us at Icla da Silva. She organizes donor drives and works closely with patients throughout the Boston area who are in search of a life-saving bone marrow donation.  She shared some information with Andre and assisted him with the registration process.

Three years after joining the registry, Andre received a call from Be the Match.  He was a match for a patient in need. They asked if he wanted to donate his bone marrow and he said “yes”.

Andre thought that by sharing his donation process, he may interest more people to do the same. He insists it was easy to register and painless to donate, and ultimately, he saved someone’s life. 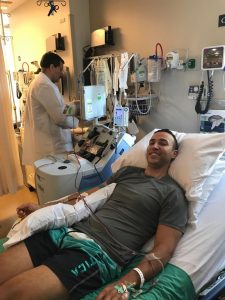 Be The Match set up an appoint for him to receive a blood test and get a physical.  They wanted to ensure that he was physically fit and capable of donating without any risk. He was.

They used a clinic 5 minutes from his house, where he would go to receive a daily injection of filgrastim.  Filgrastin increases the blood-producing cells in your blood stream.

He went for his 1st shot on a Thursday. It took 15 minutes.

Andre returned on Friday, Saturday, and Sunday to receive his shots. He said he had a little bit of lower back pain on Saturday, but he was fine.

On Monday, he arrived at Massachusetts General Hospital in Boston.  It was a little after 7 AM.

When he first received the call that he was “a match”, he contacted Maria Santos, from Icla da Silva.  She had helped him join the registry 3 years ago. She went with Andre to the hospital, to join him for his bone marrow donation.

Andre received his last injection of filgrastim at the hospital on Monday and then began the donation process.

He was hooked up to the machine at about 8 AM.

Maria sat with him. They talked, watched TV, eat and drank.  Andre insists there was no pain or discomfort.

At 1:20 PM, about 5 hours after they had begun, he was finished.  Andre saw the small bag of his marrow (250ml). It would immediately be processed and sent to a patient. His donation would save that patients life.

He was asked to stand up and walk around a bit.  They asked if he felt dizzy, or if he had any numbness.  He said he felt fine.

The nurses on the floor all clapped for him and sent him home. 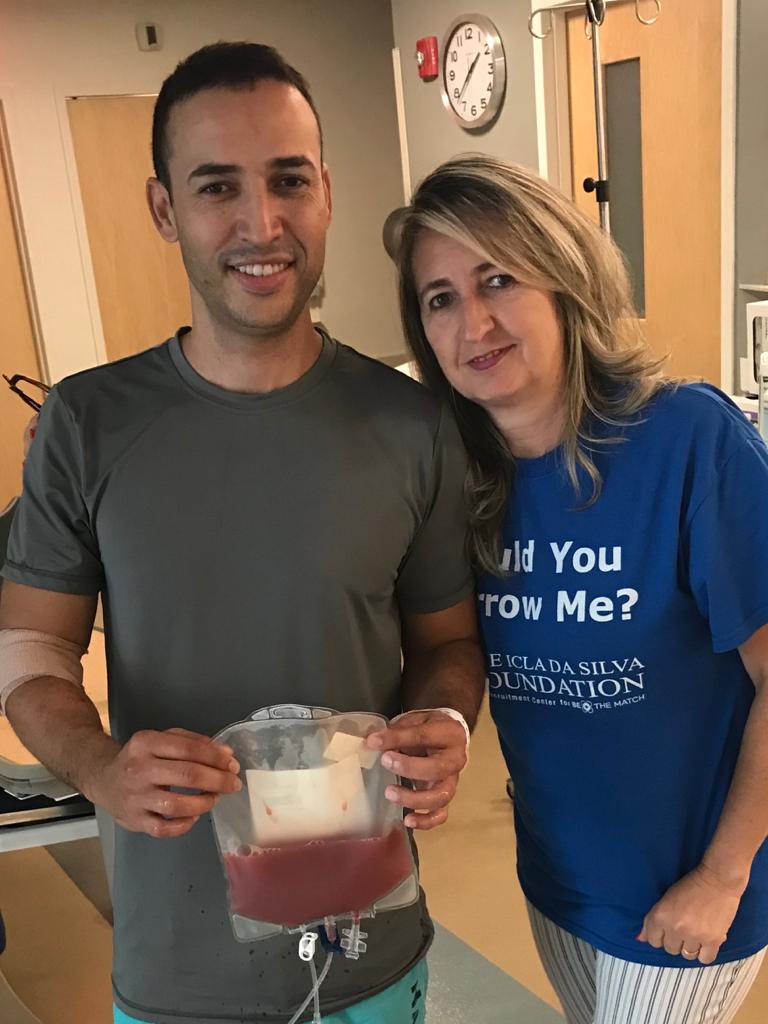 Andre said the process was easy, and he is excited that he was able to play a role in saving another person’s life.

We are grateful that he joined the registry and said “yes” when he received the call to donate his bone marrow.  We are thankful that he has allowed us to share his story with you.

You can make a difference. Everyone can.  Someone’s cure may literally be inside you.  Please join the bone marrow registry today. You may be a match for someone.