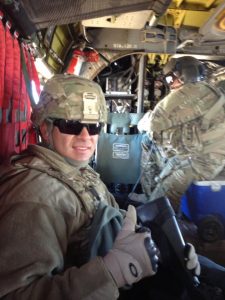 Miguel Leyva Campos grew up with his family on Catalina Island, just a one-hour ferry ride from Long Beach, CA.

He enlisted in the Army after High School and was eventually deployed to Afghanistan.  After a year in Afghanistan, and only one week before returning home, Miguel was bitten by a spider.

Miguel told us that after the bite, he was noticeable tired and nauseous. He had unexplained body pain and he often felt faint. Was this from an Afghan spider bite?

Upon returning to the U.S., he mentioned his symptoms to the doctors during his post-deployment medical check. In 2013, after testing, Miguel was diagnosed with Acute Lymphoblastic leukemia (ALL). It had nothing to do with the spider. 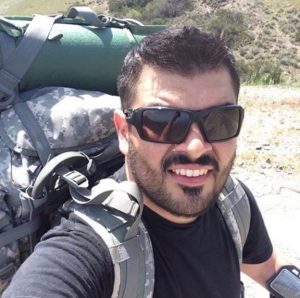 He went through chemo while attending Long Beach City College. Over time, his body went into remission and he began to feel strong again. Tests showed no evidence of disease.  He eventually became employed by harbor patrol and his life progressed.

In April of 2019, memories of that spider bite came back to him. Miguel became nauseous and tired again. Blood tests revealed that his cancer had returned.

He is now back on chemo treatments and doctors have recommended a stem cell transplant.

His next battle is not on the fields of some far off land.  Miguel is fighting to find a cure, right here on U.S. soil. He is searching for a matching blood stem cell donor.

Despite everyone being tested, there is no match in his family. Of all the cancer patients in need of a stem cell transplant, 70% turn to Be The Match and the National Bone Marrow Registry. They need to find an unrelated donor.

Miguel’s doctors have been checking the Bone Marrow Registry and there is no matching donor for him.

His battle with leukemia will be difficult enough. But because he is Hispanic, this veteran has a lower chance of finding a matching donor. There simply aren’t enough Hispanics and Latinos on the Registry. 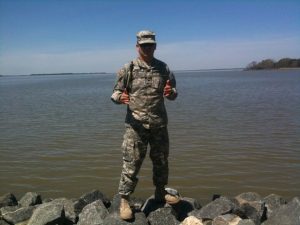 We Are Here to Help

The Icla da Silva Foundation is joining Miguel in his battle with Leukemia.  We are the largest recruitment center for Be The Match and we focus on adding more diversity to the registry. Our mission is to ensure that all patients have a greater chance of finding their matching donor.

You can help us in this fight.  Include yourself on the Registry by clicking the link below. You will set up an account, answer some basic questions and then you will receive a swab kit in the mail.

After returning the kit, you will be included in the Registry.  Only 1 out of every 430 people who register, end up matching a patient in need…so we must add as many potential life-savers as we can.

Join us in this latest battle. We need to find a match for Miguel.