Every now and again, there is a fairytale ending to a long and arduous tale of woe.  This is one of those stories worth telling, if only for the sheer inspiration of its character line-up.  The superhero is Aksel Johnsson, the Great Conqueror. 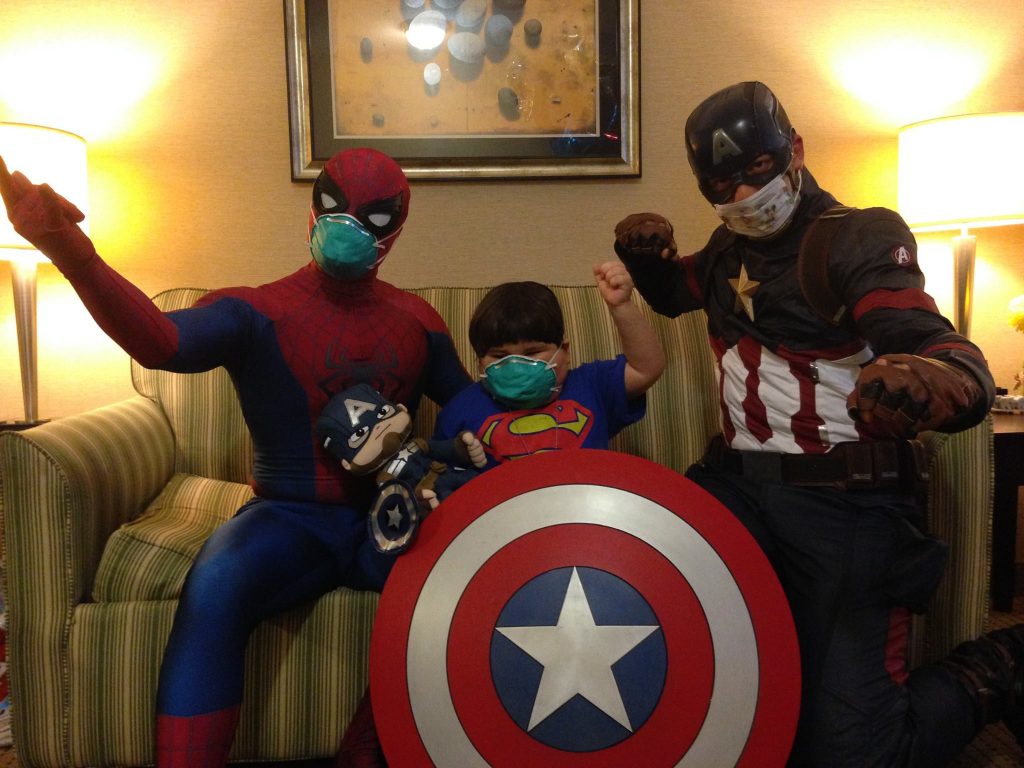 It all started with an impossible task that the mighty superhero was required to perform, against overwhelming odds, with limited resources; and,of course, enduring some dramatic flourishes along the journey.  At two-and-a-half years old, Aksel Johnsson’s life had only just begun when he was diagnosed with Hemophagocytic Lymphohistiocytosis (HLH).  A genetic condition, HLH affects the immune system in which damaged cells are not being removed from the body as needed.  A normal body does this naturally, but Aksel’s condition caused his immune system to become overstimulated and rendered this process ineffective.  This in turn caused continuous damage to his tissues and organs, such as bone marrow, which lead to further complications in his little body.

At such a young age, the only chance Aksel had in overcoming the rare condition was to receive a successful bone marrow transplant and allow the body a fair chance at recovery.  In a great show of strength, Aksel’s dedicated fighting force, his Mamma Carla-Prado, and his Pappa Fredrik, rallied together to find a bone marrow donor.  From their home in Miami, Florida, the Scandanavian-South American family fought the HLH dragon, encouraging one another to keep going, to stay strong and to think big.  His parents described Aksel with words like ‘viking strong’ and ‘super hero’ as their brave son dealt with the plethora of challenges that unfolded. 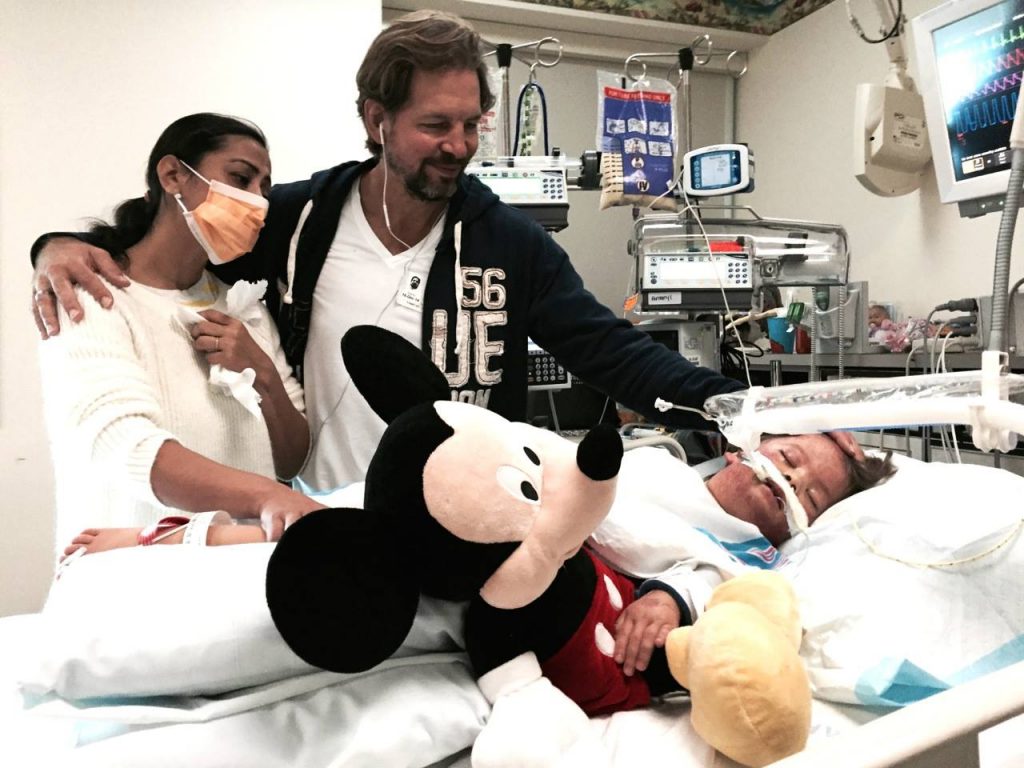 A conquering attitude makes a whole lot of difference, as proved by the positive contributions from each member of Team Aksel along the way.  The home team worked tirelessly to find a donor for Aksel, drawing on every resource available and exploring every avenue.  They created their own website, shared the journey on a Facebook page and even reached out to the local media for support.  The Miami Heat feature helped spread awareness, widening the search for a bone marrow donor.

The heroes also joined hands with Malena Laughlin of the Icla da Silva Foundation, in the tedious search for a perfect match for Aksel.  The foundation is the largest recruitment center for the Be the Match bone marrow registry in the United States.  Unfortunately, not one of the 12 million registered donors presented as a compatible match at first.

Slowly but surely, however, the Icla da Silva Foundation was able to complete 165 marrow drives in honor of Aksel and our little superhero worked incredibly hard to contribute towards this process.  Miraculously, this led to a staggering 3,929 potential new bone marrow donors being registered to the Be The Match Registry.  Potential donors were signing up from the United States, Sweden, Monaco and the United Kingdom, all for Aksel.  What a superb legacy was being built by a viking-strong Aksel in his fight for life!

Shortly thereafter, Aksel’s doctor insisted on a swift course of action.  They could wait no longer for a perfect match to be found.  At a 60% match, Fredrik, Aksel’s father, began to prepare for the bone marrow transplant.  With the last-minute twist of fate every fairytale needs, a donor joined the registry and presented a 8 out of 10 match!  The 44-year-old hero agreed to donate his stem cells to Aksel, sparking celebrations all round as hope held out. Aksel received the bone marrow transplant in July 2016.

The viking-strong superhero was reborn at the Cincinnati Children’s hospital as his body was given a second chance at life.  A few months after the transplant, Aksel was showing reports of low engraftment – the process where new blood-forming cells start to grow and create healthy blood stem cells.   Never wavering from his chosen course, Aksel donned on his best viking face and a positive attitude as he took things one day at a time.

Victorious and inspirational, Aksel won his fight.  As at April 2017, his bone marrow transplant engraftment reached 100%.  Even though his immune system is still recovering, his prognosis remains firmly on the right track.   He will need continued treatment for another year, but Aksel and his hero team have beaten the HLH dragon. 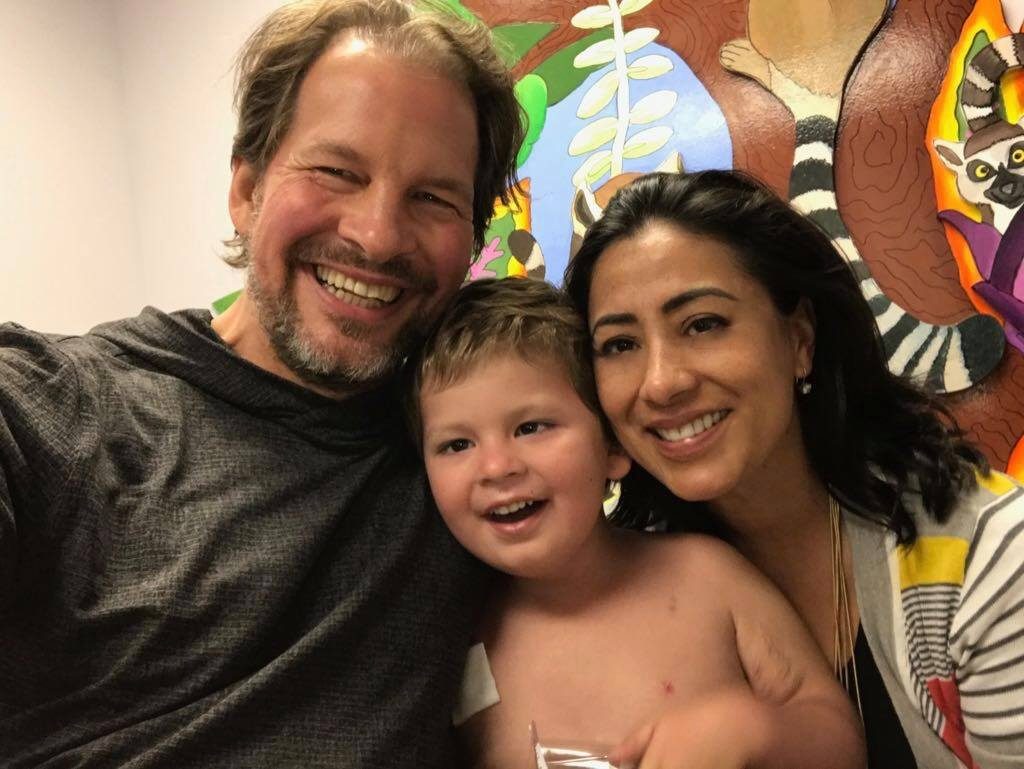 Aksel the Great may only be a little boy, but strength and honor are boldly displayed in the way he lives.  On May 1, 2017, Aksel turned five.  The hero and his family still have a long road to walk, but the little viking continues to display a superhero attitude and he is getting stronger everyday – viking strong.  Aksel’s future looks bright.

If you were as excited as we were to hear about Aksel’s victory over HLH, please consider joining the registry as a potential bone marrow donor.  You could be the hero to someone like Aksel and save a life.  The process is simple.

If you are unable to register as a donor, but still wish to help, please consider supporting the Icla da Silva Foundation in other ways.