We Have Some Good News! But It’s Not Enough

The Icla da Silva Foundation has been saving lives for many years. In the beginning, we had a small footprint, adding 5000 people per year to the Be The Match Bone Marrow Registry.

We have grown considerably. In the next year, we hope to pass the half-million mark, adding more than 500,000 potential life-savers to the registry.

In October, we arranged for two cancer survivors to meet their life-saving donors for the first time. They each met onstage during our Hope Gala in NYC: 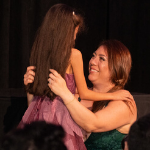 Marta Sanchez registered through Icla da Silva 11 years ago. Thankfully, when she finally received the call that she matched a patient in need, she said yes. Marta and Giliani Lacayo met for the first time on stage at our Hope Gala (watch video). 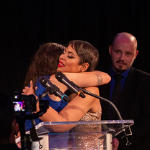 Stephanie Cisne had been diagnosed with an aggressive form of Leukemia. We had worked with Stephanie’s family during their search for a matching transplant several years ago. Stephanie got to meet her life-saving donor Crystl for the first time (watch video). 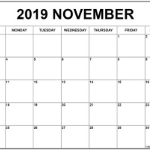 In November, we were notified that 7 people who joined the registry through Icla da Silva, transplanted their bone marrow or stem cells to patients suffering from life-threatening diseases.

Each one of them is a life-saver.

But It’s Not Enough

We are proud of the work that we do, but it isn’t enough. We continue to work with so many patients and their families who are still searching for their own life-saving match.

Asaya’s parents have been searching for a match since he was 2 months old. Asaya turned 8 in July and there is still no match for Asaya.

Julian’s family has been searching the registry for 5 years. Three donors were identified, but each one of them said no when the call was made that they were a match. There is no committed donor for Julian.

Veronica’s family has been searching for almost 3 years. There is still no match for Veronica.

Currently, there are no matches for so many patients.

We have to keep moving forward. We must do everything we can to grow the registry in order to save more lives.

But we need your assistance. We cannot do it without you.

There are two ways you can help us add more donors to the registry.

We have been engaging college campuses across the country. Since the registry is underrepresented across all ethnic minorities, we are focusing on Universities with diverse enrollment.

You can help us by leveraging any contacts you may have with University Leadership, as well as Social, Professional, or Service-Oriented Sororities and Fraternities.

We are meeting with Deans, Professors and other on-campus Leaders in order to organize larger recruitment drives among the student body. Send us an email (Airam@icla.org) or fill out a host form with your ideas.

You can also assist our efforts with a financial donation. Help us sponsor ‘lunch and learns’ on campus. These gatherings provide the opportunity to share our stories and engage potential life-savers, adding more donors to the registry.

Thanks for reading. We are committed to saving as many lives as possible, and with your help, we will give more patients hope for their cure.

Your support will help us save more lives.

The screen shows a sunny day in Austin, Texas, with its classic blue skies and a light breeze rustling through emerald leaves.  A bubbly, warm personality with a sassy grin is bouncing through a back garden, climbing trees, playing silly games and laughing at it all.  As she waltzes through life with a carefree smile under her beautiful curls, Caroline Renee Dill exudes the unquenchable energy of the healthy child into which she has blossomed.

It was a rough start for this smiling girl and her family, but Caroline has completed her arduous journey to full health with flying colors.  In 2005, at three months old, Caroline came down with a dangerous fever and was rushed to the emergency room.  She was eventually diagnosed with chronic neutropenia (SCN), a rare blood disorder.  It is characterised by low neutrophils (white blood cells), which are essential for the body to fight off bacterial infection.  SCN usually presents with fevers, sores and inflammation in the mouth and a strong susceptibility to recurrent infections.   Learn more about SCN here.

Consequently, Caroline has received a shot of neupogen, a white blood cell booster, every day of her life since she was just three months old.  At five years old, doctors discovered her white blood cells were starting to deform.  They recommended the family prepare for a bone marrow transplant once a suitable match could be found. Happily, Caroline was one of the lucky few for whom a perfect bone marrow match was quickly located; and the procedure went ahead in the summer of 2010.

John and Teresa Dill, Caroline’s committed and loving parents, have walked beside their brave daughter along this difficult road, too. Working around their jobs, other children and daily commitments, they have been her rock and kept her spirits high on the dark days.  Her parents even tag-teamed each other to juggle work and family during Caroline’s long hospital residence in the summer of 2010.

For her time in hospital, Caroline received a fixed central line instead of an IV  point. The central line housed three ports, which allowed her to absorb multiple medications concurrently.  This also alleviated the need to have needles poked into her hands before every treatment.  She also received her chemotherapy through this port, as well as the bone marrow transplant itself.

After a successful bone marrow transplant, Caroline required extended time in a sterile environment.  She spent sixty days in quarantine during the recovery period to ensure her body had the best possible chance of accepting the transplant.  It was critical to keep her away from bacterial or viral infection sources while her immune system was at its lowest levels.

Day 8 post-transplant, Caroline awoke with a high fever, elevated heart rate and trouble breathing. After several tests, they discovered aspergillosis in her lungs, a serious condition at the best of times.  She stopped breathing and was treated with slow-release medication into her weakened little body.  Three days and a host of prayers later the fever broke. Caroline started back on the road to recovery, much to the relief of her extensive support team.  Seven years down the line, she is now leading a normal, healthy life.

Katelyn, Caroline’s sister, was one of many family members and friends alike who visited the hospital, sent messages of encouragement and lent support during Caroline’s journey.  It was a common occurrence to find Caroline playing soccer in hospital hallways, posing with family and friends who came to visit at the window, displaying her amazing variety of funky wigs and smiling through the pain. She even volunteered for a video clip, tutorial-style, of how to swallow her daily pills (one time she took three in one go!)

Caroline had the privilege of meeting her bone marrow donor, Eduardo Dombrowski, at an Icla da Silva Foundation event a few years ago.  Eduardo is a Brazilian from Florida, now living in San Francisco, and one of the generous donors listed on the Bone Marrow Registry.  He took the small step of registering, went through the painless testing process and didn’t hesitate when finally called upon to save a life – Caroline’s life.  These are the kind of people the Icla da Silva Foundation love to have as part of the team as we work together to recruit donors for the Be The Match Registry.

Want to save a life like Eduardo? Register as a bone marrow donor on the Be The Match Registry today.

Three years later, Caroline’s reflection on the journey to health reveals how much she appreciated the support of all the special people in her life.  Her time away from the machine, not being hooked up to leads during ‘free time,’ remains one of her fondest memories from the lengthy hospital stay.  Caroline’s generosity of spirit is clearly evident in her idea to provide someone else who is ill with her brand new iPad, “maybe I should donate my iPad to children so they can play on it for Christmas.”

Now she wants to share her story of victory with the world, in hope it will inspire and encourage others who are facing seemingly insurmountable challenges. Clearly, Caroline is a little girl who is adored by many hearts already. She continues to inspire us with her zest for life despite the hardships of illness.  We salute you, Caroline!