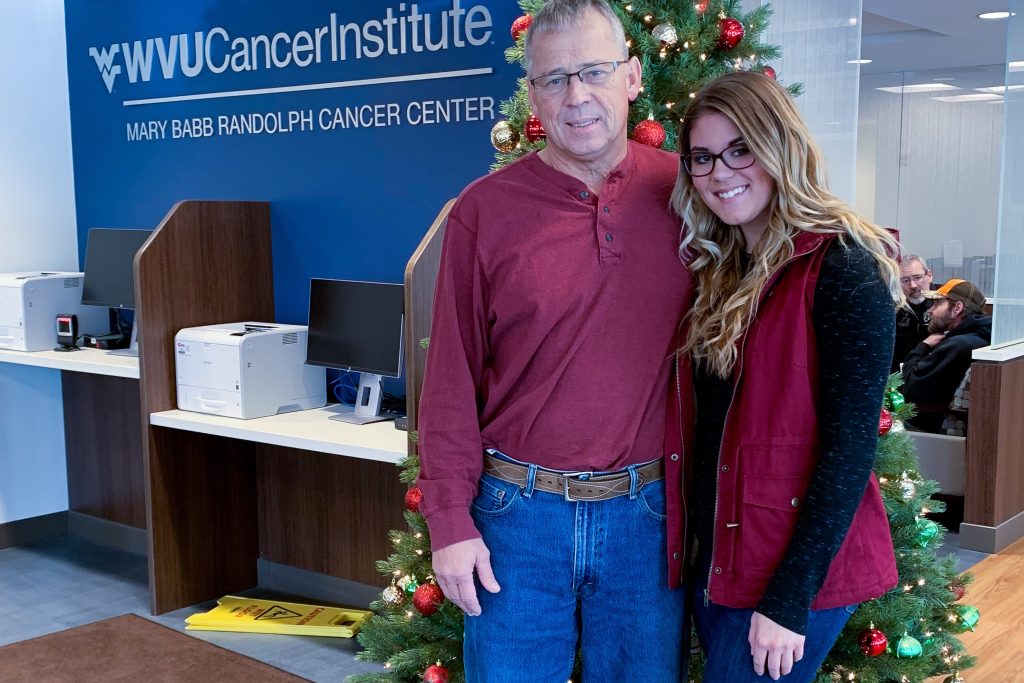 Rick Frazee with his daughter Julee

Rick Frazee is known for using different vehicles in his trucking company fleet to plow snow for his neighbors in Addison, Pa. This year, his fight with acute myeloid leukemia and two bouts of pneumonia have sidelined him.

“He would be up all day and night plowing,” said Julee, his daughter. “He would plow out the fire department, the little grocery store we have out here, the gas station … that’s been really hard on him right now, not being able to help everybody out.”

While helping to care for her father, Julee, 19, is also advocating for other families fighting blood cancers and blood illnesses. She volunteers as a digital ambassador with Be The Match and the Icla da Silva Foundation, two nonprofit organizations that help facilitate blood stem cell transplants.

A student at West Virginia University studying exercise physiology, Julee has raised awareness of the need for potential blood stem cell donors. So far, she has inspired 35 people to sign up. “Her efforts have made her a top advocate for Be The Match”, said Vanessa Ibarra, a community engagement specialist with the Icla da Silva Foundation.

“Introducing people to the importance of signing up as blood stem cell donors to help patients fighting blood cancers is difficult,” Ibarra said. “But Julee has been successful because she speaks from the heart about her father’s journey with leukemia. She talks about how Be The Match has given her family hope that he will beat it.”

Rick Frazee, 57, spent this summer in the hospital — at one point, he was isolated for 65 days away from his family — while undergoing chemotherapy for leukemia and treatment for pneumonia.

He is back home now. His wife and children help care for him while his doctors plan and prepare him for a lifesaving stem cell transplant.

After testing, doctors found that nobody in his family could serve as his donor. Thankfully, they found three perfect matches for him on the Be The Match Registry.

More than 22 million Americans have registered with Be The Match as potential donors, but a match is not guaranteed for patients. Every year, thousands of patients across the country who need a transplant, lack a matching donor. That’s why constantly signing up new people between 18-40 as potential donors is so important.

Blood cancer patients of Caucasian descent only have a 77% chance of finding a matching donor on the Be The Match Registry. But Rick Frazee’s doctors have three perfect donor matches to choose from for his transplant.

“The doctors said they had never seen this many perfect matches this quickly,” Julee said. “And that was because of the Be The Match Registry.”

“Following in his footsteps” 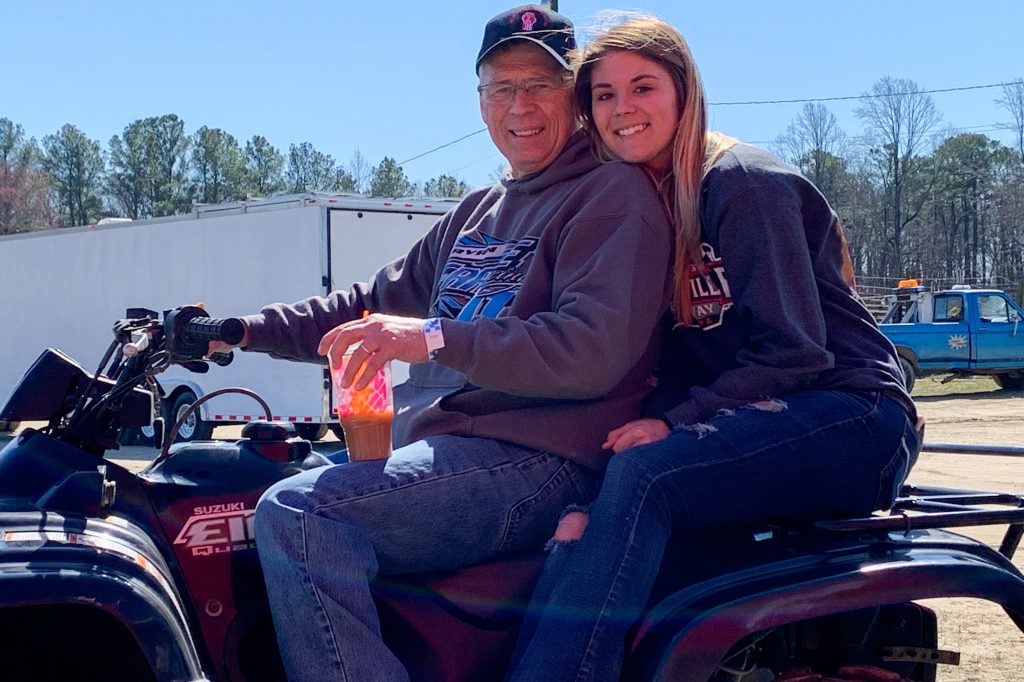 Rick Frazee launched his trucking business in 1997 with one truck. Eventually, R.W. Frazee Trucking and Excavating grew to running 12 trucks as part of its fleet.

“For a small business in a small town that is pretty great,” Julee said. “We had excavating on the side. We had a wood processor. We were selling tons and tons of firewood. So, he’s a very smart businessman. He never went to college. He knew exactly what he wanted to do and he made his dreamwork for his family.”

The company has been downsizing since 2019 when Rick Frazee’s doctors told him he was in danger of developing leukemia.

Julee credits her mother for her strength in holding the family and company together.

“She is the one getting up at 5 a.m. every day, driving to the hospital and then the cancer clinic,” Julee said. “She is also staying up late doing the payroll, and invoices, and doing what she has to for the business…just trying to keep the family together. She is unbreakable.”

While Rick is currently fighting pneumonia, his wife Jamie is also responsible for making sure he receives his antibiotics, a process that can take as long as five hours.

“He has to get bags of saline,” Julee said, “bags of antibiotics, different kinds of flushes. And I’ve learned how to do all that, but my mom is still his main caregiver.”

“Fortunately, the family has felt love and support from their community”, Julee said. At a spaghetti dinner hosted to benefit her father, Julee spoke with many people who had received acts of kindness from him throughout the years. They wanted to know how they could give back.

“Owning a business, we’ve been very blessed over the years and he always wanted to help other people,” Julee said. “A large part of why I’m so passionate about health care and helping people is just from following in his footsteps.”

In May, Julee learned of the need for people to advocate for Be The Match. By sharing her family’s story, she hopes to inspire people to sign up as potential donors. She now has an answer for people who ask how they could help her father.

“You can support my family by signing up for Be The Match,” she says. “It’s free. It takes five minutes. And it’s easy.”

Through social media, Julee has reached thousands of people with her message and she has walked dozens through the process of signing up.

In November, doctors explained to the family that Rick Frazee was no longer responding to chemotherapy. This complicates his receiving the blood stem cell transplant that he needs. He is now receiving antibody therapy to continue fighting his cancer. And because his body is not producing enough blood or platelets, he travels three times a week to Uniontown Hospital for transfusions.

“That’s why he is so tired,” Julee said. “The cancer and the disease is so prominent in his body and his blood.”

Her father is dependent on weekly transfusions. This further underscores the importance for people to donate blood and platelets.

“I just never thought about how crucial it was,” Julee said. “It’s very needed for sure and I know because of COVID the American Red Cross is unable to reach out to people and is hurting for supplies.”

Julee’s goal in advocating for the Be The Match Registry is for at least 50 people to sign up as potential blood stem cell donors in honor of her father’s fight with leukemia.

“It has been over a year fighting this,” she said. “I just knew I wanted to get as many people on the registry as I could.”

To support Rick Frazee and his family in their campaign to add potential lifesaving donors to the Be The Match Registry, visit join.bethematch.org/fightforfrazee or text “FightForFrazee” (all one word) to 61474. Follow the link to register as a potential donor.

After completing a swab kit, you will be added to the Be The Match Registry. Your odds of getting asked to donate blood stem cells are low, which is why Julee is working so hard to keep adding more potential donors to the registry. 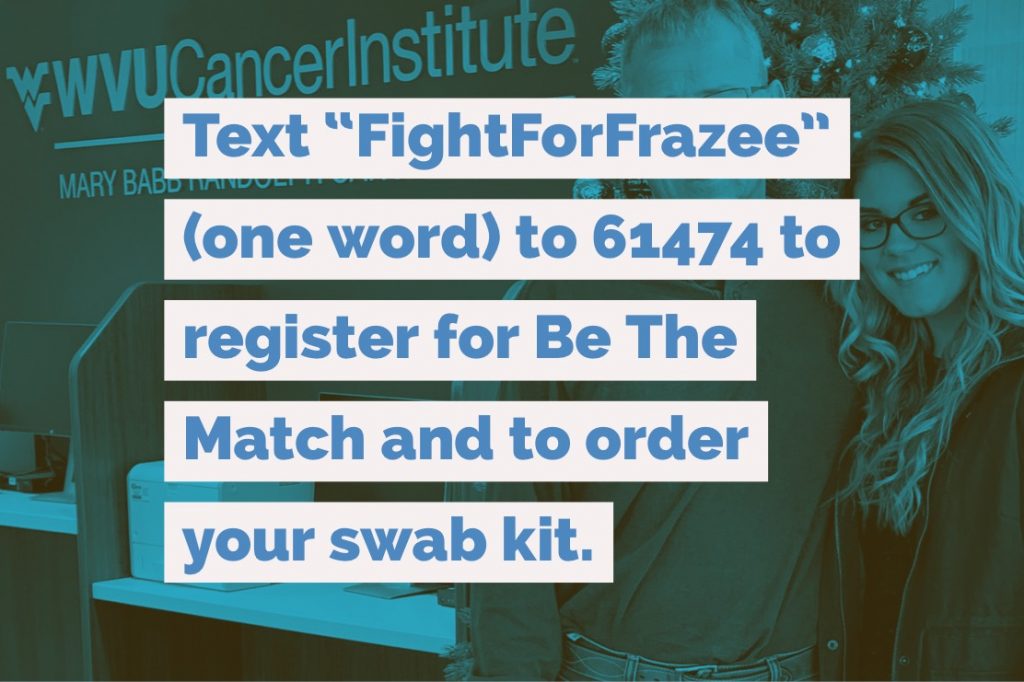