She Battled Cancer, and Almost Didn’t Make It

Watch a Cancer Patient Finally Meet her Guardian Angel, the Girl Who Donated her Bone Marrow 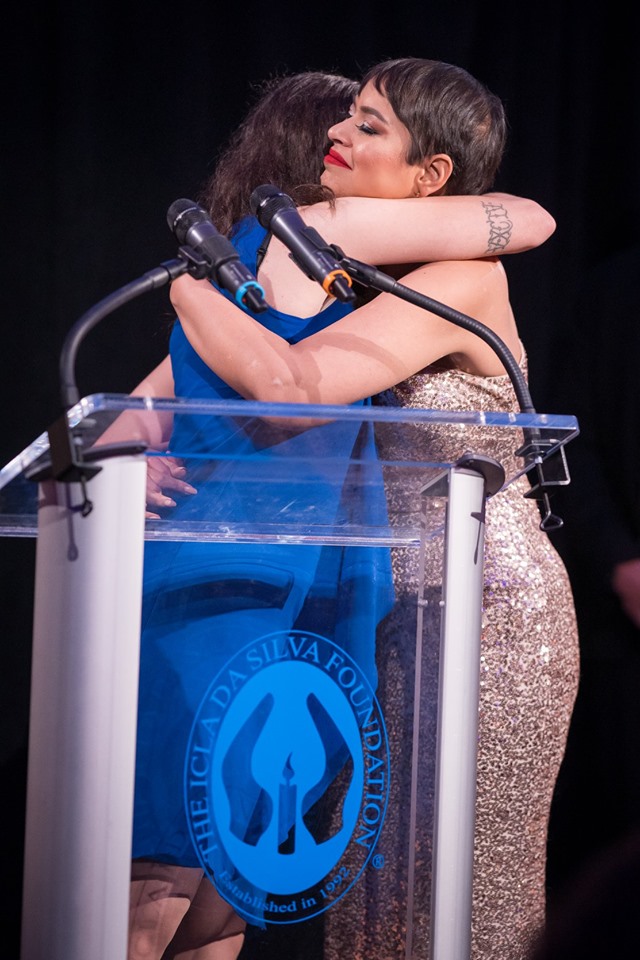 Every year, the Icla da Silva Foundation hosts their Hope Gala in NYC. The highlight of the evening is the first time meeting between a patient and their life-saving bone marrow donor. The meeting happens on stage, in front of many supporters, most of whom are crying as the patient and donor share their story.

You can read about the Hope Gala here, but this tells the story of one of those patients…and their matching donor. 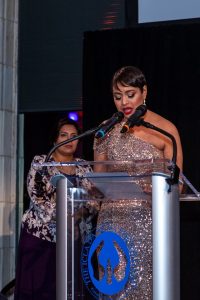 When Stephanie was a freshman in college, she fainted for no apparent reason. Her friends got her up and took her to the ER. The doctors checked that she didnlt have a concussion, and said that she was just malnourished.

Over the next few weeks, Stephanie continued to feel weak. She came close to fainting a few more times, so she went in for a check-up.

After reviewing her bloodwork, the doctor sent her to a cancer specialist.

On March 10, 2014, Stephanie was diagnosed with AML (acute myeloid leukemia), with an FLT 3 mutation. The cancer was very aggressive. She was hospitalized immediately.

An FLT 3 mutation meant that her body was actually encouraging the growth of the leukemia cells.

The oncologist said that she would need a bone marrow transplant, as soon as possible, in order to survive.

She Almost Didn’t Make It

But her journey wasn’t over. Many complications followed the transplant.

She battled serious infections and septic shock. One leg was on the verge of amputation. Stephanie had developed a life-threatening liver disease, followed by kidney failure.

Then her body went into a coma. They weren’t sure she would wake up. The doctors gave her 72 hours.

Fortunately, Stephanie is a survivor. She took her battles head-on and never showed fear. She is now cancer-free, thanks to her doctors…and her life-saving bone marrow donor.

When we asked her what she would tell people who were considering joining the registry, she reminded us that “small actions can have big results”.

Stephanie explained to us, “That small gesture of swabbing your cheek, to see if you are a match for someone, will literally change your life. When you go through a donation, when you utilize the power you have to save a life, you gain a connection with a complete stranger. You will have made a difference in someone else’s life. You would touch an entire family.”

“You will give the gift of life to a long list of friends and relatives that you never even knew existed.” 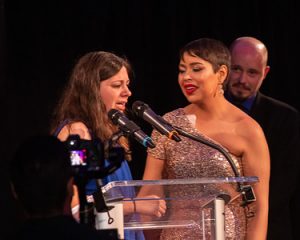 Crystal was on the other side of the country when she joined the registry in 2007. There was a blood drive at her school and representatives from Be The Match were at that blood drive to sign people up for the registry.

Crystal came to donate blood and she was inspired by another opportunity to help people, so she joined the registry.

In the summer of 2014, while at lunch with her mother and sister, she received the call that she matched a patient in need. Crystal agreed to donate her bone marrow.

Crystal explains that she did a lot of health-related interviews over the phone, followed by a number of blood tests and screens. In addition to checking that she was the perfect match for a patient, they also wanted to ensure that her health would not be subject to any challenges.

Crystal told us, “The actual donation was over before I knew it…literally. They knock you out for it. And the recovery wasn’t too bad. Everyone involved was so nice and helpful; they made all my appointments, took care of all the paperwork and financials, all I had to do was show up. The whole thing was relatively painless.”

5 years after the transplant, Stephanie and Crystal had the opportunity to meet for the first time. It happened on stage, in NYC, at the Icla da Silva Hope Gala.

In a ballroom filled with 300 onlookers, Stephanie and Crystal met face-to-face. They didn’t know each other…now they are sisters.  You can watch the video below.

Not everyone who joins the registry ends up matching a patient and saving a life, but you have to take that first step and include yourself.

Please consider joining the registry in honor of Stephanie and her donor Crystal.

This story ends with a quote from Crystal to Stephanie…”I know the past few years haven’t been easy but you’ve traveled through them with immeasurable dignity and grace. I am so incredibly proud of you and honored to meet you. And just because the donation is over doesn’t mean my involvement in your fight is over. We’re in this together.”

Please consider joining the registry. As Crystal says, “we’re in this together.” 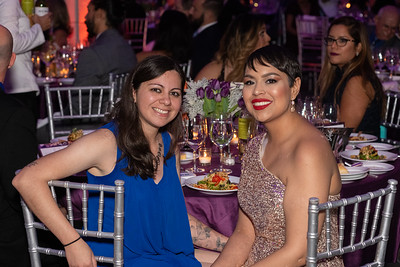